↓ Skip to Main Content
Home › Global Education News › Secret Teacher: why is getting a new job such a heinous crime?

Secret Teacher: why is getting a new job such a heinous crime? 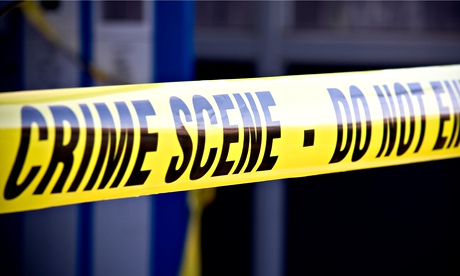 Just because I have resigned, doesn’t mean I should be isolated from my colleagues and made to feel as though I’ve betrayed the school

I know you have taken me handing in my notice last week quite personally (well, that’s an understatement). While I didn’t expect you to get the champers out, I never imagined you would react in the way you have.

I have worked for you for a long time and have been promoted up the ranks under your “illustrious” leadership. You have always spoken to others about me in a positive way, and everyone would have said that you thought I was doing a great job. So you can imagine my surprise when I received an email from my potential new school telling me that my reference was “less than glowing” and, more importantly, you appear to have been unable to recommend me for the role for which I applied.

Luckily, my new gaffer can see past the bitterness having been through the same thing herself (twice) so your plan has been foiled. Even so, I never thought you would stoop so low. If you would not recommend me for the new position (which is exactly the same as I am doing for you), why on earth would we have been discussing potential progression opportunities earlier this year?

It’s not my fault that the position you wanted to offer me included responsibility for something that I have no interest in doing (even if it is on your senior leadership team (SLT)). As I told you, it doesn’t “float my boat”, and more importantly, were I to have accepted, it wouldn’t have been in the best interests of the school or students – I know my strengths and what was on offer was not one of them. It was the right decision and me looking for another job was not me “throwing my dolly out of the pram”. I want a new challenge. You know that.

The last few days I have been made to feel as if I have the plague. Members of your SLT have made snide comments, mentioning that “loyalty to the school is an attribute to be admired” and that I should have known it would be difficult to find a decent replacement so late in the year. A friendly SLT member even took me aside to tell me that you’ll eventually get over it and that I could smooth the way by putting some “feelers” out to help you find a replacement. To be honest, you get paid a lot more than me, and surely that is part of your responsibility – not mine. This attitude isn’t limited to you and your team either; other teachers stop talking when I approach and I’m being made to feel very isolated as if I have betrayed them, the school and you.

Up until now, I held you up there with “the best of ’em” in terms of honesty and integrity. But in the last few days you have shown your true colours, so I will finish this open letter by saying that no matter what you say or do, I will be walking out of here in July with my head held high, knowing I have done the right thing. I will not allow myself to be goaded into making a fool of myself and until I leave, I will continue to be the consummate professional I am: can you say the same?

Secondary school teacher (location withheld, as I really don’t want to give you yet another excuse to go off on one).

Secret Teacher: why is getting a new job such a heinous crime? | Teacher Network | Guardian Professional.